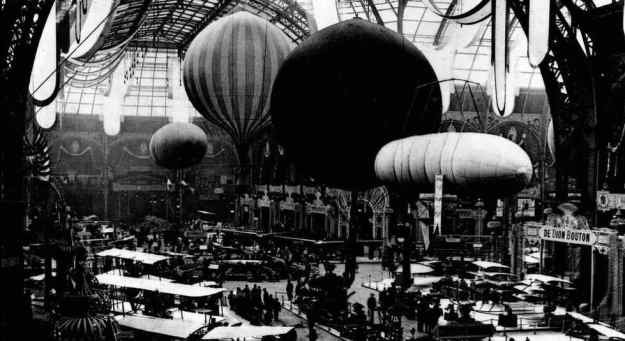 Scene in 1908 at the first show of its kind ever held. Here in Paris, France, one witnessed a large collection of not only motor vehicles, but also some of the earliest  airplanes,  all  only   five years after the Wright brothers first proved the ability of  a  heavier than  air   flying  machine to actually fly  under their own power. Interest in flying machines had mushroomed so much, that the next year, in 1909, Paris hosted the first show dedicated only to heavier-than-air craft. Click on the photo above to be taken directly to the 12 photo collection of the famed Paris Air Show.

Thanks to our field aviation news scout, Eric Lambart, we have two interesting BBC aviation stories to explore regarding the world’s original Air Show, which first opened its doors in Paris in 1909.  Back then it was held indoors at the Grand Palais, where over 100,000 visitors attended and over 380 exhibitors showed off their new aviation designs.  The Air Show grew so large it could no longer be housed indoors, so it was moved to Le Bourget in 1953. Of course it was not held during WWII, but did reopen in 1946.  Earlier, by 1926, one could see that civil aviation was growing rapidly, since there were more civilian aircraft on display than military ships – for the first time.   This year, one of the stars of the show will be America’s newest Airliner.  Performing extreme maneuvers usually reserved for fighter jets, the new Boeing 787 “Dreamliner” will bring gasps from the crowds, as they watch it take off and climb almost vertically into the sky.  Also expected are the latest versions of the super jumbo jet manufactured jointly by the British and the French, the Airbus 380, still an impressive aircraft.  Click on photos, either below or above, to be taken directly to either the short video display, or to the collection of 12 early photos depicting the famous Paris Air Show. 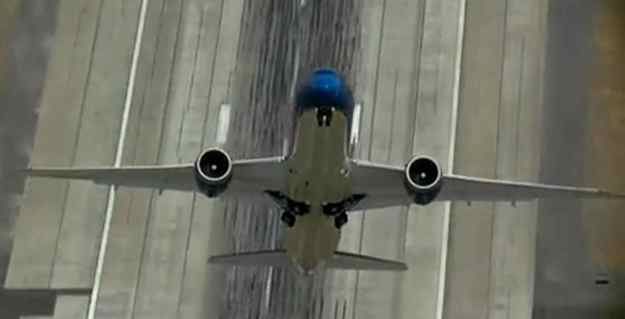 America’s new Boeing 787 “Dreamliner” shows off at Paris Air Show today as it makes a fighter-jet type vertical climb from the Le Bourget Airport runway.  Click on photo above to go to the BBC short video of this spectacular climb.