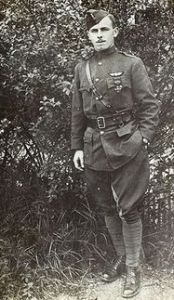 On the left, is Lt. Arthur Coyle, Pilot in the First Aero Squadron.

For those of you interested in the history of the First Aero Squadron once it left Columbus, New Mexico, for France, visit this Photo Album gifted to the San Diego Air and Space Museum by FAS Pilot, Arthur J. Coyle.  The intriguing album contains photos for you to peruse, along with comments by its creator, made during the historic days depicted throughout the collection of images taken during the FAS’s World War I sojourn in France and later, as victors, in Germany.  Click on any of these images and it will take you right to the website.  Lt. Coyle was first stationed with the FAS right in Columbus, and then went with it to Europe as the United States entered the great “War to End All Wars.” * 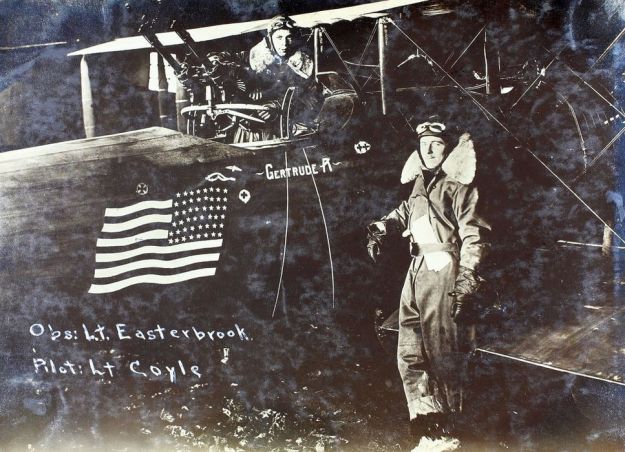 Lt. Arthur J. Coyle (R) & His Observer-Gunner, Lt. Easterbrook alongside Their  “Gertrude A” 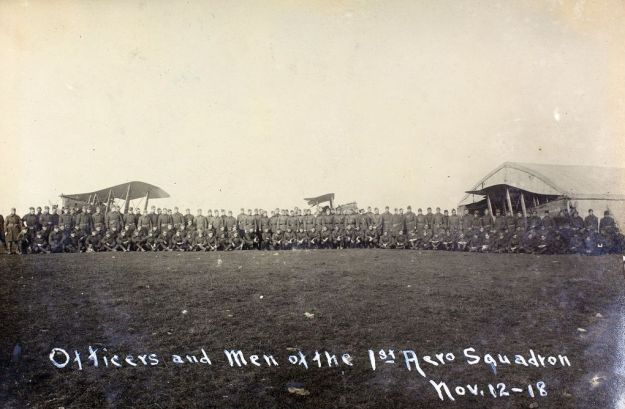