This short piece of prose was phrased by one of our top USAF Aces from the Vietnam Conflict and comes to us as the courtesy of former Vietnam USAF Pilot and active FASF member and Aviation News Scout, Virg Hemphill.

It is followed by some short video clips and photos of the F4 Phantom, which flew for the Navy, Air Force and Marine Corps during that SE Asian conflict.

They nestle under her belly and cling to her wings.

She is ready to go.

She receives me and my back-seater, and we become a part of her as we attach ourselves to her with straps and hoses and plugs and connectors.

A surge of juice and a blast of compressed air and she come alive. We are as one—tied together—the machine an extension of the man—her hydraulics my muscles—her sensors my eyes—her mighty engines my power.

She screams and complains as we move through shimmering heat waves along an endless expanse of concrete.  Final checks . . then her nose pointed down nearly 2 miles of runway.

And we are ready.

Throttles forward, then outboard—THUMP, THUMP—the afterburners kick in. Now my bird roars and accelerates rapidly toward her release from mother earth, leaving a thunder behind that rattles windows and shakes the insides of those who watch.

I look over at my wingmen as we climb effortlessly toward a rendezvous with our tanker. All is well with them, and I marvel again at the transformation of our ugly duckling into a thing of graceful beauty—yet she’s businesslike . . menacing . . thrusting forward and upward with deadly purpose. Refueling done, we drop off and lunge forward, gathering speed for this day’s task.

We hurtle across the Black, then the Red Rivers, pushing our Phantoms to the limit of power without using afterburners, weaving and undulating so as not to present a steady target for the gunners below.

Then a roil of dust down to our left, and the evil white speck of a surface-to-air missile rises to meet us. We wait and watch. That missile is steady on an intercept course, and we know we are the target. Then, on signal .. we start down.

The missile dives to follow, and at a precise moment we PULL, PULL—as hard as  we can—the positive Gs now slamming us into our seats with crushing force. Our heavy bird with its load of bombs responds with a prolonged shudder, and we are  free for the moment, the missile passing harmlessly below . . unable to follow our maneuver.

On to the target—weaving, moving up and down, leaving the bursts of heavy flak off  to the side or down below. The F-4  is solid . . responsive, heeding my every demand quickly and smoothly.  We reach the roll-in point, and go inverted, pulling her nose down, centering the target in the combining glass as we roll into our 70-degree dive toward the release point.

My Phantom plunges toward the earth through an almost solid wall of bursting flak. Then “PICKLE!” And the bird leaps as her heavy load separates and we pull with all  our force around to our egress heading.

There are MiGs about, and my F-4 becomes a brutal beast . . . slamming this way, then that – snarling with rage . . . turning, rolling, diving, hurtling skyward like an arrow, plunging down with savage force.

The melee over, the rivers crossed, and headed for our post-strike refueling, and my bird is once again a docile, responsive lady, taking me home . . letting my heart beat slow . . giving me comfort in having survived . . once again.

The flock gathered close by, and we slowly circle each other—top, bottom, and each side, looking for flak rips, leaks and . . jagged holes.

None found . . we press on to meet our re-fueling ticket home and gratefully take on fuel from our tanker friends.

A bit of follow-the-leader up and over the beautiful mountains of dazzling  white nimbus, just to relax—to enjoy the special privilege given us in flying  this magnificent bird—and the home runway lies ahead there near the little town of Ubon-ratchitani.

Landing done, post-flight checks finished, engines shut down, and my F-4 vents its tanks with a prolonged sigh.

It’s speaking for both of us . . . glad it’s over . . . anticipating a brief respite before the next day’s work.

It’s an unusual pilot . . who does not give his bird a private touch of loving gratitude before he leaves her nest. 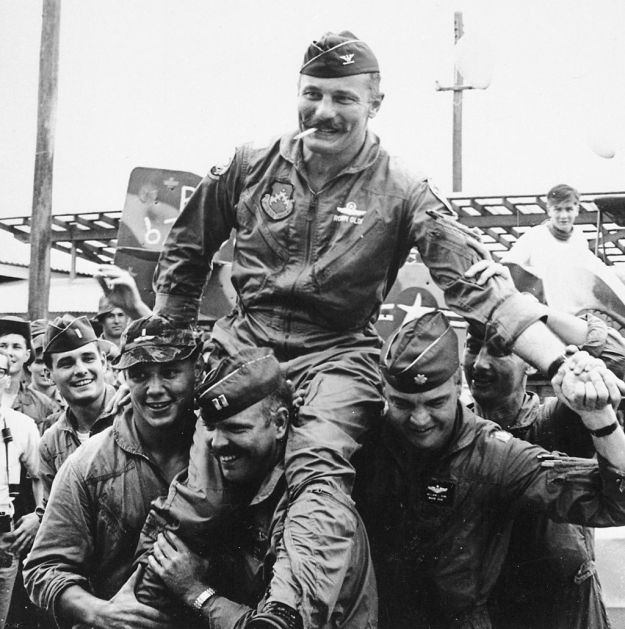 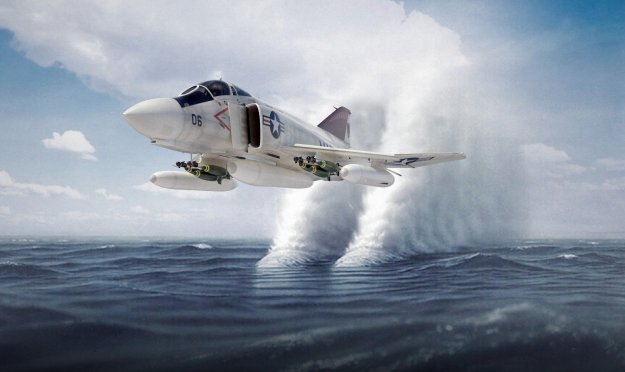 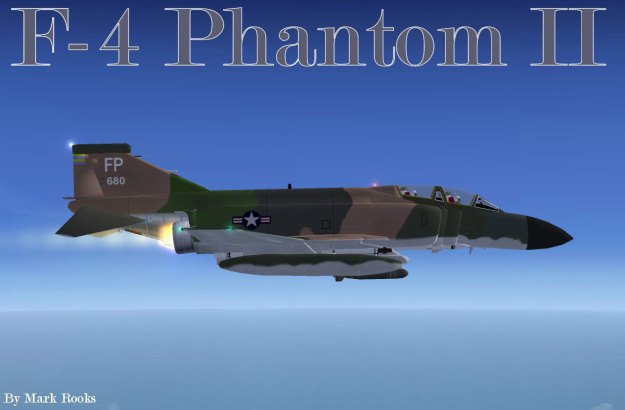 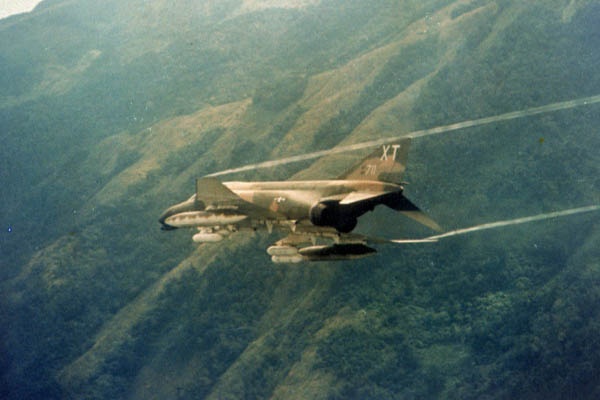 USAF Phantom on mission over Vietnam 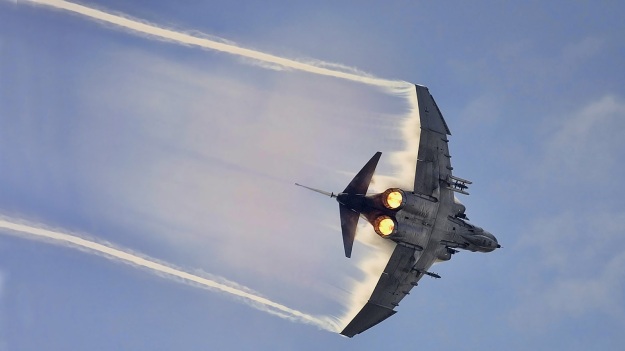 Phantom in tight turn, with afterburners lit.  The moist air creates cloud-like effects from the compression waves at the trailing edge of its wings

F4 Phantom drops some of its ordinance over Vietnam . . .

The following 3:18 long video is of the F4 during Vietnam Operations:

And, immediately below, is a 6:41 long clip of the McDonnell Douglas F4 Phantom in operation. This particular video shows up best right here on this FASF site if viewed with either Microsoft’s Internet Explorer or Google’s Chrome Browsers rather than Mozilla’s Firefox Browser.

For more information about the birth and life of this remarkable multi service all-weather fighter aircraft simply click right here.