Thanks to FASF Aviation News Scout, Eric Lambart, of Portland, OR, we have this breaking news story from Great Britain and several videos about the story:

In recognition of Lesotho’s [pronounced [li SOO – too] contribution to Great Britain’s Word War II’s defenses, the Spitfire Heritage Trust has gifted a full-sized replica Spitfire plane to the southern African kingdom.  Here, below, is a short two minute forty-four second video about the event:

Armistice day, November 11, 2016: Britain remembered Lesotho’s Spitfire gift during WWII.  The Spitfire Heritage Trust (Facebook Page) has gifted Lesotho a full-sized replica spitfire to commemorate the 24 Spitfires that the southern African kingdom paid to have built for Great Britain during WWII.  At the time, Lesotho was one of the many foreign colonies which all together made up the once world wide and diverse British Empire.    Below is another short (2:34) video of the event:

Location of Kingdom of Lesotho in Africa: 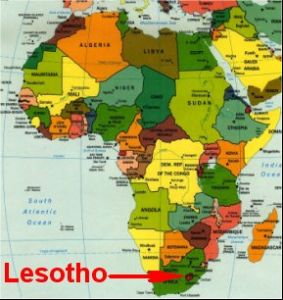 Map of Lesotho inside South Africa

2 thoughts on “A Battle of Britain Spitfire Replica to African Mtn. Kingdom”