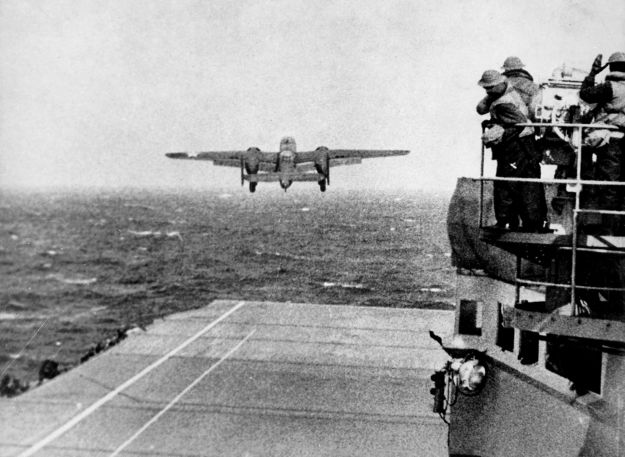 Doolittle Raider B-25 Takes Off from Hornet deck toward Tokyo – 75 years ago today!

Thanks to two active FASF News Scouts and retired aviators, Captain Nancy Aldrich and Air Force and Airline veteran, Virg Hemphill,  we are able to bring you this 75th Anniversary story about the famous Doolittle Raiders, who bravely attacked the Japanese Capital 5 months after the Nipponese had conducted their devastating attack on Pearl Harbor on December 7, 1941.

Here’s the story about the lone survivor of that raid, Retired Lt. Colonel Dick Cole, written for the AP by Dan Sewell. 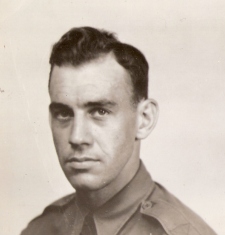 Now the sole survivor of the original 80-member group, Cole recalls the excitement of learning the bombing target they had been secretly training for was Japan itself.

He remembers the eerie quiet as they neared their target, not knowing whether anti-aircraft firepower was ready for them; the precise series of orders, from open bomb bay doors to prepare to bail out, from mission leader Jimmy Doolittle as Cole flew alongside him as his copilot; parachuting into darkness, then being helped by Chinese villagers to stay one ahead of vengeful Japanese troops.

Three of his comrades were executed.

Cole plans to take part in events Monday and Tuesday at the National Museum of the U.S. Air Force near Dayton, Ohio, marking the 75th anniversary of the attack that rallied America and jarred Japan.

It will be “a somber affair,” Cole said in a recent telephone interview with The Associated Press, when he fulfills the long Raider tradition of toasting those who have died in the past year, using goblets engraved with their names. In a private ceremony, he will offer tribute to retired Staff Sgt. David Thatcher, who died last year at age 94 in Missoula, Montana.

Sometimes chuckling, sometimes reflective, Cole sounded clear and military officer-courteous during an AP telephone interview, with his daughter Cindy sometimes repeating the questions if he didn’t fully hear them in his home in Comfort, Texas.

Cole is sorry he won’t have any of his mission comrades with him to share stories and joke with as they did in annual reunions that began after World War II. He didn’t expect to be the last one standing, since he was older than many others on the mission.

“I never thought in that vein,” Cole said. “We all know that somewhere along the line, you have to drop out.”

The Raiders launched their assault April 18, 1942, in B-25 bombers not built to fly off an aircraft carrier at sea. Suspecting they had been detected by Japanese patrols, they left sooner than planned from the USS Hornet, utilizing their mission training in Florida on short-runway takeoffs.

“Everybody thought that the takeoff would be the most challenging thing, but as a matter of fact, it turned out to be easiest thing,” Cole said. 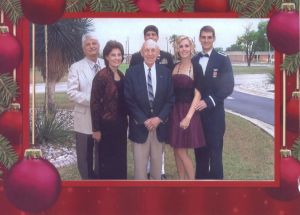 The crews of the 16 planes were “very quiet” as they neared Japan, he recalled, saying his role next to Doolittle was to “be seen, not heard. … You didn’t speak until spoken to.” But the country song “Wabash Cannonball” started running through his head and he unconsciously began tapping his toe, which caught Doolittle’s attention.

“He gave me a look which didn’t need any conversation,” Cole said with a laugh.

Doolittle soon ordered bomb bay doors opened, and the attack was on against what turned out to be limited anti-aircraft fire.

“The enemy was doing something else and surprised that we were there, and then I just thought, ‘So far, so good,’” Cole said.

They then headed to China, running out of fuel. Cole said Doolittle gave the command to prepare to bail out as they neared the coast, adding: “I wish you all good luck.”

3:39 long section of the popular wartime movie, “30 Seconds Over Tokyo”

Actual Newsreel Released to the American Public at Movie Theaters – – – 9:37