After several less than exciting false starts, Mayor Salas‘ idea of starting a new day on which Columbus will celebrate it beginnings – now called Founding Day – was a great success two weekends ago.  If you’d like to guess when that historic date was, just go to the end of the post/story.

Other old time FASF members in addition to Mayor Salas also played an active role in helping the event go over the top.  July McClure, our Recording Secretary and Aerodrome Editor busily entertained the crowds at the East end of town in front of her Tumbleweed Theater. Another long-time member and major donor, our FASF landlord, Norma Gomez, also answered many questions thrown her way by a number of festival attendees as well as participants and caballeros.  Your  Webmaster took the Mayor aside for a five minute interview about the event, which appears below.  Click in the lower right of the screen to view the video full-size.

All in all, the festive celebration was a genuine step back in time to the late 19th Century, when the streets of Columbus were as actively used by horses as by its citizens.  Here are some photos taken of the occasion.  If you’d like to see them full size and in high resolution, simply click on them: 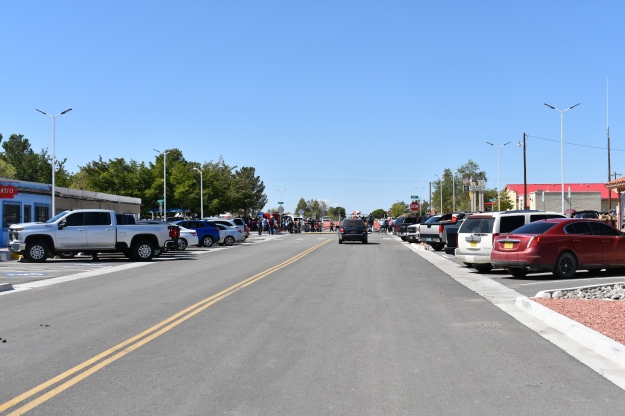 This was back then, above – and below is today: 1916-Ravel Bros. Mercantile Store Downtown Columbus 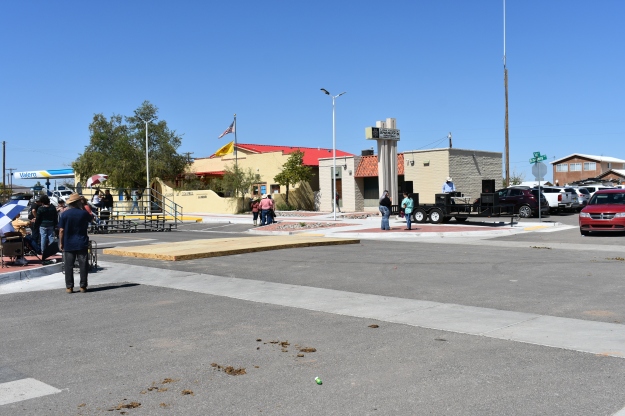 A look down Broadway to the West in 1916

Broadway blocked off for the Horse Parade- Looking to the West 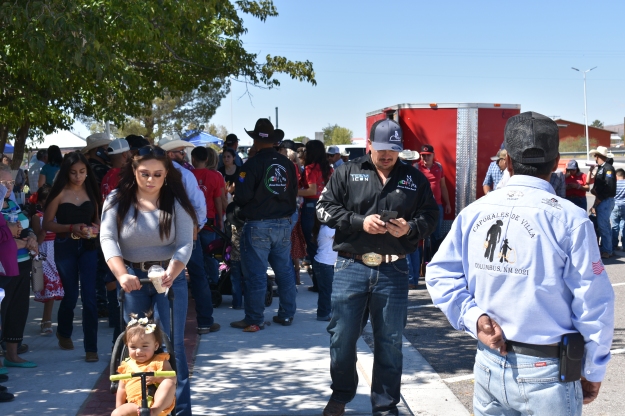 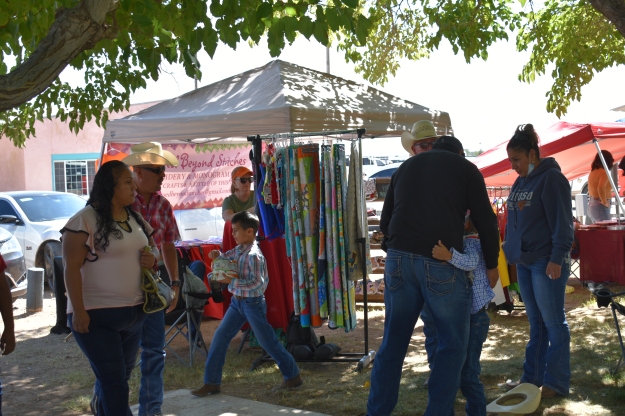 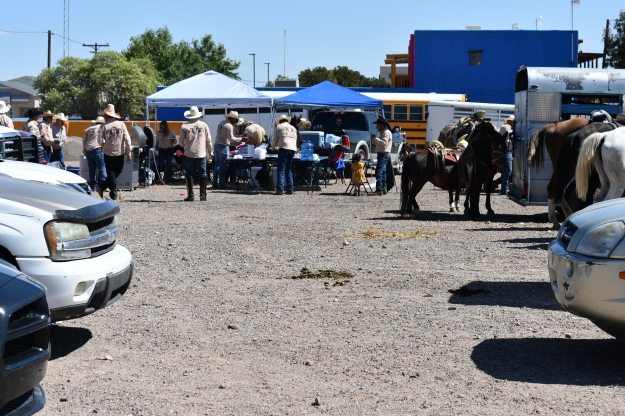 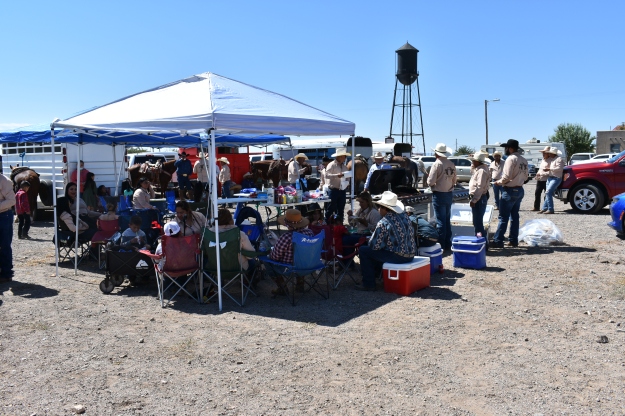 Celebrants and horsemen chatting outside the Restored Senior Center Facility

View inside the Senior Center where Free lunch was provided for all . . .

Sheriff’s Team Joined the party in the Park 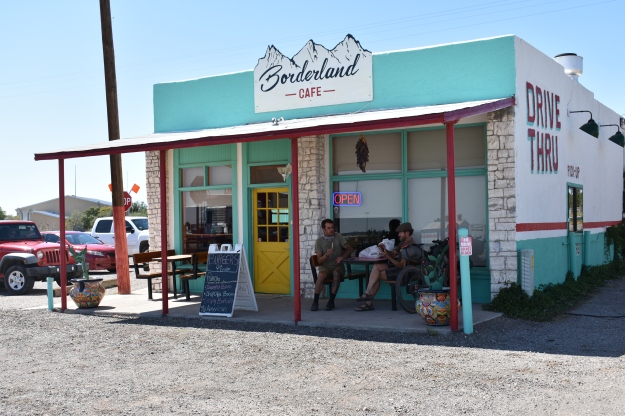 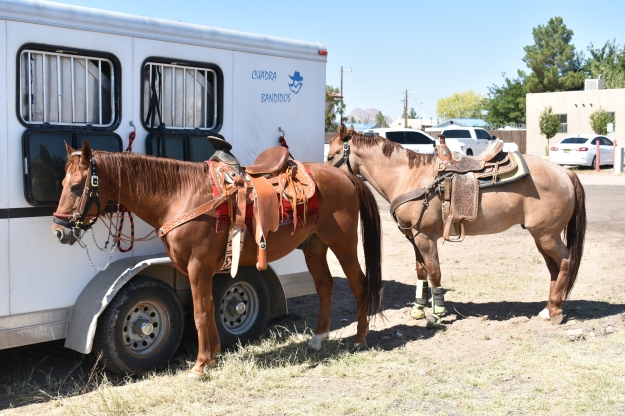