One of our small group of FASF Founders, Mayor Martha Skinner, has died.  Martha had been the Mayor of Columbus, NM at the time of the founding of the FASF, had been one of its most enthusiastic supporters, and sat on its Board of Trustees for many years, before retiring to work full-time managing her unique Columbus Hotel, “Martha’s Place.“

Your writer first met Martha on his initial visit to the small Southwest town, in 1999, and within about half an hour, had purchased his home at a nearby AirPark from the charming lady who owned and operated her own local Real Estate Brokerage Firm.  If it happened in Columbus, you would soon discover that Ms. Skinner was right in the middle of whatever it was.

She was an active Thespian, often performing roles in the local dinner-theater, “The Tumbleweed Theater,” Ms. Skinner got together with some of her close acting lady friends to form an investment group called “The Three Blondes.”  Her group, among other interesting investments, purchased  the old Historic Hoover Hotel, which had largely fallen into a ruined relic of its old self.  Within no time at all, her group managed to do some basic repairs to the old place, and soon had parts of it rented out, including to a new Organic Food Cooperative, “Columbus Co-Opportunity,” which she also helped get successfully underway.  She later sold the Hoover to two-time Pulitzer Prize winning Journalist, Paul Salopek and his professional artist wife, Linda Lynch, who managed to turn the now active facility into a beautiful “House Beautiful” caliber residence.  The Hotel is today marked with a metal plaque to signify its historic importance to the town and the infamous raid by Mexican revolutionary, Pancho Villa.

Martha was born in 1937 in Alamogordo, NM, but soon moved with her family to Southern California, where she graduated from Compton High School, soon married, and remained in the greater Los Angeles area to raise her family.  She later moved to Columbus, where she quickly became deeply involved in local and statewide politics, and became Mayor some years later, after having actively served on the Columbus City Council.  She was also active with various utilities, sitting on the Telephone Cooperative Board of Directors, and also taking part in local environmental and related projects.  She leaves behind her son, Addison Bachman, his children, and her brother, also a former Columbus Mayor, Philip Skinner, as well. 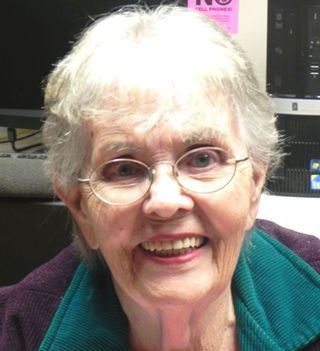 Martha was also an active performer, as a vocalist, during her early years in California, so her transition to acting was not at all difficult.  She immensely enjoyed taking active character roles in many local productions.  She was a talented Bridge Player, too, according to her younger brother, Philip.  Her brilliant foresight led her build her successful Martha’s Place Hotel in 1990, and, shortly before moving to the East Coast in 2017, to be close to her son, Addison and his family in the Carolinas, she sold the Hotel to her brother who renamed it the Los Milagros Hotel, which is still the favored place to stay whenever visiting Columbus or its nearby neighbor across the border in Mexico, Palomas.

We will miss you, Martha, and are forever indebted to your help in getting the First Aero Squadron Airfield project successfully underway!