William “Bud” Canfield, gave us his final goodbye this past weekend.  He had retired as the FASF Corporate Secretary and Chairman of its Elections Committee just five years ago.

Bud worked as a Dairy Farmer and Tractor and Implement Technical Specialist in Wisconsin, until 1989, when he and his wife, Jeane, moved to Columbus, NM, where he took a position as a State Park Ranger, later retiring, after several promotions, as a State Park Manager.

Long fascinated by aviation, although not a pilot himself, Bud, eagerly answered the call for assistance when the FASF first opened its doors in 2007.  Over his active years, Bud became close friends with a number of aviation enthusiasts and active pilots across the country.

After retiring from  the State Parks, he took over as President of the “Friends of  Pancho Villa State Park,” the local Park’s Docent group. To help assure that his fellow citizens had a library of which they could be rightfully proud, Bud chipped in as a long-time volunteer with the Columbus Library, whose wife, Jeane, was the library’s Director, until retiring in the Summer of 2015.  Both the Canfields simply couldn’t really retire, but continued to be extraordinarily active in their adopted community of Columbus.

As though not deeply enough engaged in his new community, Bud ran for, and was elected as a member of the Columbus Village Council, where he served as a Councilman for a number of years.  His wife, Jeane, was also a Village Trustee.

Additionally, Bud was an early active volunteer with the Columbus Historical Society, which took over the abandoned and run-down relic of the old Columbus Railroad Depot, and then restored it the the pristine condition in which visitors to Columbus now see it and enjoy its many historical artifacts and memorabilia of the infamous Pancho Villa Raid back on March 9, 1916, which event permanently put the small Village on the World Map.  If anything significant has happened in Columbus over the past 30 years, it will be difficult not to find that Bud was right in the center of the action.

Any of the below photos of Bud or Jeanne may be seen in full hi-resolution by clicking on them.

Here they are, as usual, volunteering to raise money for the Deming Animal Shelter at an Antique Car Show in 2015

An accomplished musician, this long-time Trustee was rarely found far from his trusty guitar, either, regularly performing around the SW New Mexico area with various bands, or just soloing various country-styled ballads and country western music, often accompanied by his wife Jeane, with whose voice he loved to harmonize.

Down below, thanks to our Aerodrome Editor and local musician, July McClure, you can hear Bud singing two solo pieces of country music . . . and one with his wife, Jeane,  July and Willy Jones.

Bud played a vital role in helping the FASF produce its first successful special event, when Dr. Roger Miller, USAF Deputy Historian, was especially flown out to Columbus from USAF Headquarters in Washington, DC, to make his highly successful 2010 presentation about the First Aero Squadron’s history making role in the Punitive Expedition.

After retiring from the FASF Board of Trustees, where he had served as an Officer, Bud continued to help the FASF, when he agreed to join the Board of Advisors, where he remained active until only a few years ago, as its Official FASF 1916 Airfield Director.

Here, below are a few shots over the past two years showing Bud and his local involvement in Columbus and FASF Sponsored events: 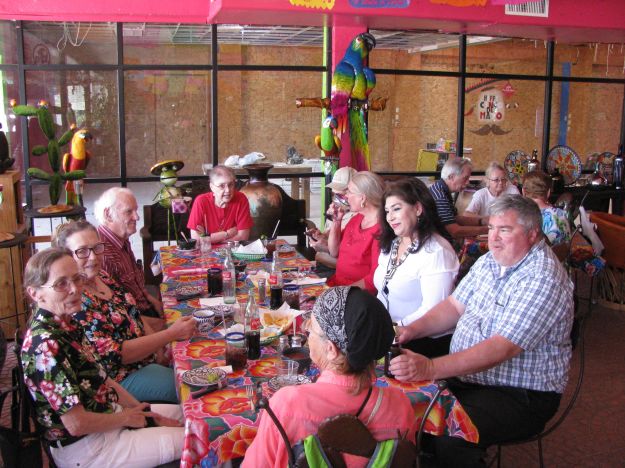 Bud sings “Fox on the Run” with his wife, Jeane, July McClure and Willy Jones.

In these as yet unpublished photos below we see Bud serenading retirees in nearby Deming, New Mexico. https://firstaerosquadron.files.wordpress.com/2020/04/track-13-fox-on-the-run.mp3 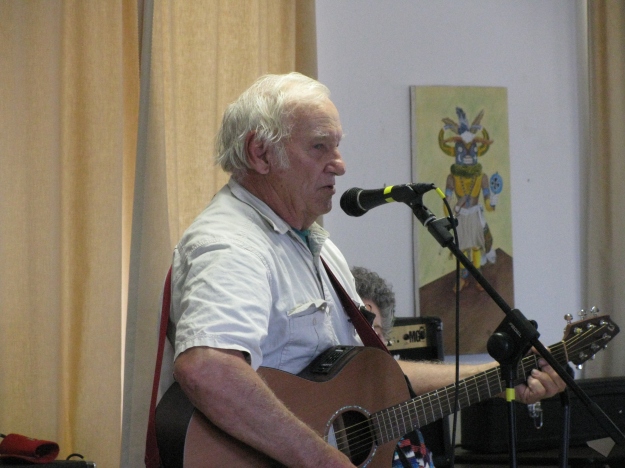 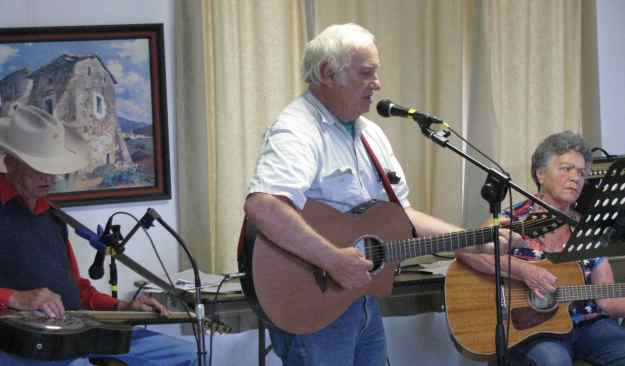