From an unexpected source comes this following video, a long one (53+ minutes) compared to most we post, but more than worth the entertainingly intelligent and richly educational perspective provided by the speaker, Mr. Nickolas Means . . . software engineer par excellence.

Nick has had a lifelong love affair with anything and everything aviation related, and has a special fascination for some of the worst airplane accidents and tragedies – which he studies just to learn what the humans directing the events leading up to those accidents did right – – – and did wrong.  His focus on these otherwise morbid events is a strategic one:  He sets out to explore and better understand the Cockpit Dynamics of the flight crews in these tragedies.

Mr. Means sets about colorfully describing the history of some of the First Aero’s most famous flying machines (The U-2 and SR-71), but with the prime focus on the creative team of geniuses at Lockheed who invented them.  The below video is much akin to the TED series of educational and enlightening lessons we’ve so often enjoyed.  In fact, aside from its longer duration, this presentation by Nickolas could easily be one given to the huge international following of the entire TED series.

Long before Agile and Lean became computer programming buzzwords, a scrappy group of aerospace engineers led by Kelly Johnson at Lockheed’s Skunk Works, were using similar practices to produce some of the most amazing aircraft ever built. The famous U-2 “Dragon Lady” spy plane, the SR-71 “Blackbird,” and the F-117A Stealth Fighter are among the incredible planes the engineers at Skunk Works produced under impossibly tight deadlines and exceptionally limited budgets – – – and let’s not forget to mention their latest brilliant fighting machines, the twin engined F-22 Raptor . . . (below at left) 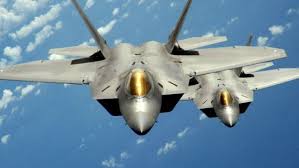 and,  and most recently, the single engine F-35 Lightning II, pictured at right: 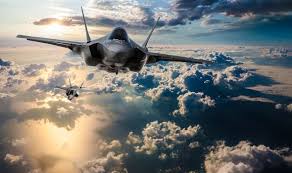 What can we learn from the stories of these amazing planes and the engineers who built them?

Let’s go back to our roots and let the original Skunk Works experts teach us about building awesome stuff together.  Chief Skunk Works Engineer, Kelly Johnson, steadfastly held to certain governing principles in his management style, one of which was his belief that the best things can be accomplished by a “small group of good people.”  Consequently, his team was notably small, but lean and meanly intelligent – – – and their budgets were notoriously small and deadlines alarmingly short.  But their results were astoundingly brilliant – – – and successful.

While his counterparts elsewhere at Lockheed usually had large groups of employees and equally large budgets, this was rarely the case with Kelly’s Team.  Lockheed’s other projects, even those which produced the final designs out of their Skunk Works, had the latest in engineering technology deeply integrated into their operations, whereas Kelly’s team refused to use the latest CAD (Computer Aided Drawing) equipment, relying, instead, on good old-fashioned pencil and paper drafting techniques. The comparatively simpler use of paper and pencil better fulfilled the extreme need for flexibility that Kelly required of his team.

Kelly’s Skunk workers were always minimalists in how they created, and drawings of their designs were notably simple rather than complex, as were – and needed to be – the final drawings used for actual production of the Skunk Works designs.

Even Kelly’s successor as CEO at the Skunk Works, Ben Rich, continued the high-creativity “think-outside-the-box” spirit of his predecessor, which resulted in the same predictably brilliant results as those achieved by the team under its original chief.  The Skunk Works’ success makes it a model enterprise for the study of management styles and of the excellence that can be achieved when teamwork and worker independence are paramount management principles.

It was Kelly’s outstanding methods of management that eventually carried over into the cockpits of modern Airliner cockpits, where Crew Resource Management* techniques have been applied to bring about the same sort of excellent flight safety results as did this same ideology of team work lead to such astoundingly brilliant results at the Skunk Works.

ABOUT the presenter: Nickolas Means: Nick hails from Austin, TX, the Taco Capital of the World.

When he’s not busy eating tacos, he’s the VP of Engineering at Muve Health, working with an incredibly talented team of developers to change how healthcare is delivered and paid for in the US. He’s a huge believer that software development is mostly human interaction and that empathy is the key to building great software.  He is also an enthusiastic promoter and believer in the new Airline Pilot training scheme called Crew (or Cockpit) Resource Management.*

*Crew resource management or cockpit resource management (CRM) is a set of training procedures for use in environments where human error can have devastating effects. Used primarily for improving air safety, CRM focuses on interpersonal communication, leadership, and decision making in the cockpit.