The First Aero’s own Col. Alan Fisher, of Las Cruces, NM, orchestrated a fascinating and highly educational Annual Conference for the state’s Civil Air Patrol (CAP) Officers and Cadets. FASF President, Ric Lambart, joined two other New Mexican CAP supporters in making presentations to the attendees at the event, held at the Ramada Palms Convention facilities in Las Cruces.  The event managed to fill all of its lecture halls to capacity, reported Col. Fisher.

During the conference, CAP members from around the state, as well as regional commanders, discussed operations affecting the group’s air search-and-rescue missions, a spokesperson from the Las Cruces Composite Squadron said in a news release. The weekend conference also featured aerospace education activities, including actual hands-on demonstrations of a flight simulator, which cadets were encouraged to “fly.”

Guest speakers presented lectures within the theme of “Southern NM Aerospace — Then and Now,” FASF member, Col. Fisher reported. Topics discussed included the first use of air power in the expedition against Pancho Villa in 1916, which of course was the presentation made by Ric Lambart; the development of the NASA Tracking and Data Relay Satellite System at White Sands Missile Range, presented by its long time Director, Don Shinners; and the present status and future of Spaceport America, North of Las Cruces, was presented by Bill Gutman, PhD, Technical Operations Manager of the futuristic facility from which the first private citizens are expected to be flown into space. 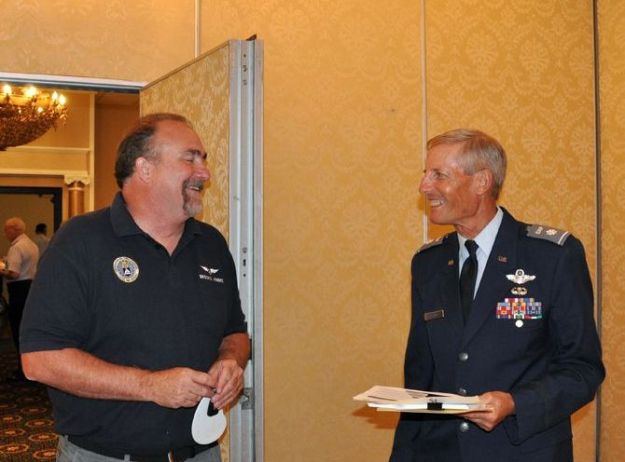 Ric directing audiences’ attention to his Power Point Presentation on the First Aero Squadron in Columbus, NM in 1916 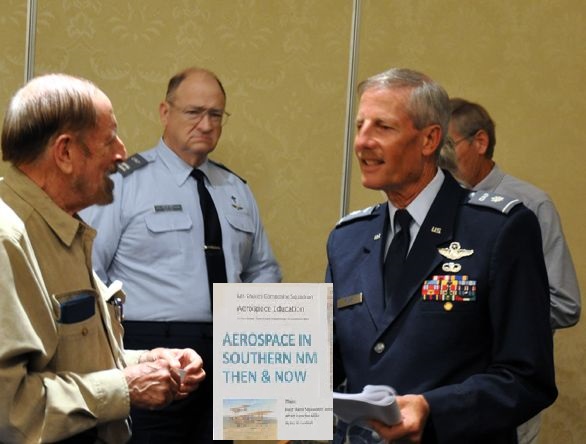 Ric (L) and Alan (R) in foreground debriefing after the three “Then and Now” Presenters completed their shows.  Looking on in background are CAP Wing Chaplain, Captain Randolf Nolan and Dr. Bill Gutman behind Alan.

*  All the above photos are courtesy of CAP Lt Col Michael LeGendre.