Can you help us solve this mystery?

The story’s source is from none other than our own long time member, Editor of the colorful EAA Chapter 555 Newsletter, Carl Bogardus.

Carl received this information from his mother’s brother, USAAF Major Benjamin Milam. The Major was stationed at Fort Bliss’s Biggs Army Airfield, in El Paso, TX at the time of the incident, and was involved in retrieving the wrecked Russian fighter,  a Bell P-63 Kingcobra, show below.  This fighter was extensively and successfully used by our wartime ally, the USSR, on many of its widespread battle fronts.

About 8 months before the end of WWII (on September 2, 1945), Carl has hard evidence from his Army Air Force uncle’s old mementos, including never before seen photos, that a P-63 fighter had crashed at Columbus.  Strangely enough, a local check has not uncovered anyone familiar with this incident.  We hope our members and other visitors to this FASF site might help shed further light on this mysterious crash, in which the pilot was apparently not even injured.

Here, below, are Major Milam’s photos of the crash site at Columbus.  We hope someone who visits this story might know about the incident and supply us with more information.  For instance, it would be useful to know if the ship crashed at the old Army Airfield, now owned and preserved by our FASF, or at some other open area near the town.  It you know anything about this crash event, then simply send us your remarks down below at the end of this story where is says: “Leave a Reply.” 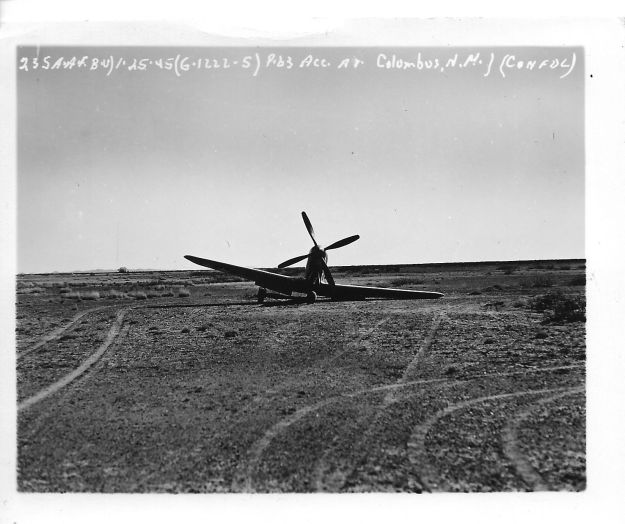 Crashed P-63 Fighter at Columbus on 1-25-45. Aside from the collapsed L gear, the plane seem not badly damaged.

Another view of the crashed Russian P-63 Fighter near Columbus, New Mexico on January 25, 1945. 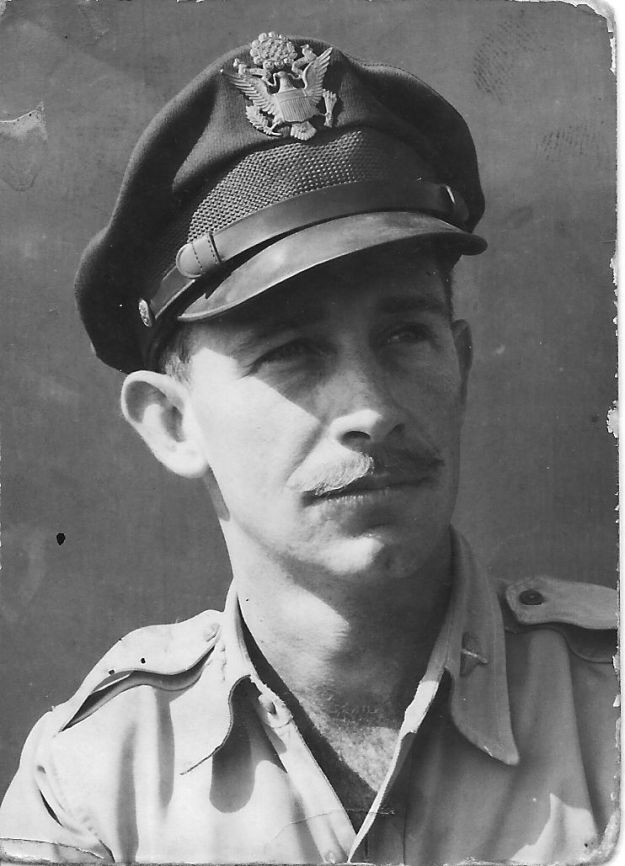 Another photo of Carl’s uncle, then Captain Benjamin Milam, near a North American AT-6 Texan trainer

Selfie photo by Carl of himself happily sitting in his airplane at Las Cruces Airport, New Mexico

Aside from this as yet unsolved mystery crash at or near Columbus some 71 years ago, with which Carl’s uncle was somehow involved, the history and evolution of this sleek looking tricycle geared fighter, so popular with the Russians during WWII, is, in and of itself, an interesting story.  Let’s look at how the evolution to the final P-63 model that took place from the original P-39, Bell Airacobra:

All the information so meticulously documented at this link is thanks to the tireless research and work of Greg Goebel, who’s Internet Twitter Blog and Website, “Air Vectors” are dedicated to technical documenting of military and commercial aircraft from both past and present.  Greg’s comprehensive story about the evolution the WWII era Bell Aircraft Corporation’s Airacobra’s  may be second to none.

The comprehensive story of the P-63 “Kingcobra” used by the Russian Air Force is found at this Internet site.

Here is what Carl reported: “I don’t have all of my uncle’s service records, but have emailed my little sister, who should still have that material.  Major Milam was my mom’s brother.  After he finished flying in Europe, he came home and was made a B-29 instructor, but again, we don’t have much of the detail as to where, etc. After being discharged, he went back to ranching.”

And, here, below, is another Bogardus, somehow also related to Carl. This Bogardus flew with the First Aero Squadron out of Langley Field, VA right after WWI.  This Bogardus story comes to us through the courtesy of one of our favorite historians, Dr. Bob Bouilly, formerly with the U.S. Army Sergeant Majors Academy at Biggs Army Airfield, El Paso, TX.

Here, below, are more of the details pertaining to the Jenny above photograph, also from Dr. Bouilly. Note that Lt. Almon Bogardus entered the wrong date for the formation of the 1st Aero Squadron as being 1914, when in fact we know that it was actually formed in Texas City, TX in the previous year, 1913.  The other dates he listed seem to be accurate.

Click on the above image in order to see it full size and be able to read its text more easily.  The below photo shows the predecessor the the Kingcobra, the P-39, or Bell Airacobra with its Russian Air Force markings – identical to those markings originally used out of Columbus by the First Aero Squadron during the Punitive Expedition! 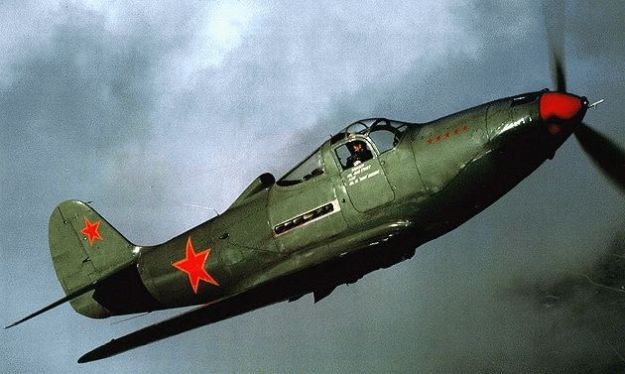