Major Natalie Franc, a native of Glenhrothes, Scotland, is the current commanding officer of the El Paso, TX Civil Air Patrol (CAP) “Composite” Squadron. As distinguished from a regular squadron, a Composite Squadron includes a CAP Cadet Corps, along with its Senior Members.

Natalie began her career with the CAP when living in Hawaii after having been in the Royal Air Force (RAF), in which she enlisted when 18 years old, after having first served, since she was 13, in the Air Training Corps of Great Britain.  In the RAF she was assigned to Intelligence, where she used her skills as a linguist with a fluency in the Russian Language.

When on active duty with the RAF she met and married her husband, Michael, who was also in the Intelligence branch of the U. S. Army.  When he was transferred back to the U.S. in 2002, she moved there with him.  Before finally settling in El Paso, Texas, Natalie had lived in Maryland, Hawaii, Arizona, and Germany.  As a civilian, in addition to her work with the CAP, she has worked in various capacities in Emergency Services and has been a volunteer with Army Family Programs and has also been an Armed Forces Caseworker.  Natalie now runs her own business in El Paso.

The Major showed a custom prepared Power Point slide show to the Daedalian Flight members, who are also members of the FASF.  The following photographs of this event are all in high-resolution, and can be seen full-size by simply clicking on them as they appear below. 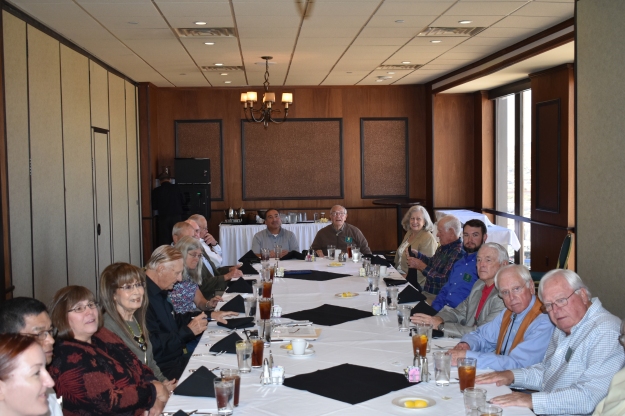 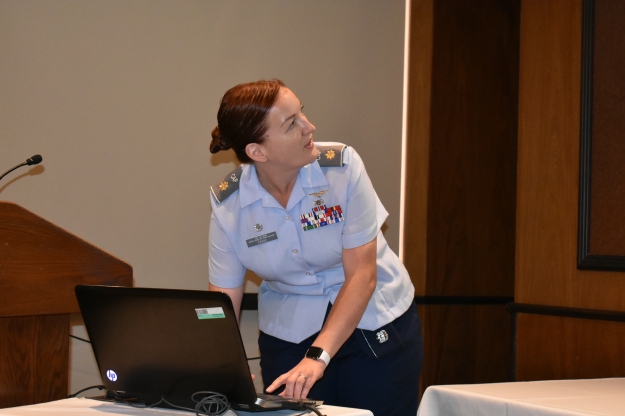 Major Franc adjusts computer projector . . . as she explains that the CAP has the largest single-engined fleet of Cessna Aircraft in the world.  The powered aircraft total is about 560, and she reported that the CAP also owns 47 glider-sailplanes, which are used to train Cadet members, along with several Hot Air Balloons, which select Cadets are also taught to operate and fly.

In this set of slides, Major Franc gives some examples of the CAP role in Search and Rescue Operatrions (“SAR” Ops). 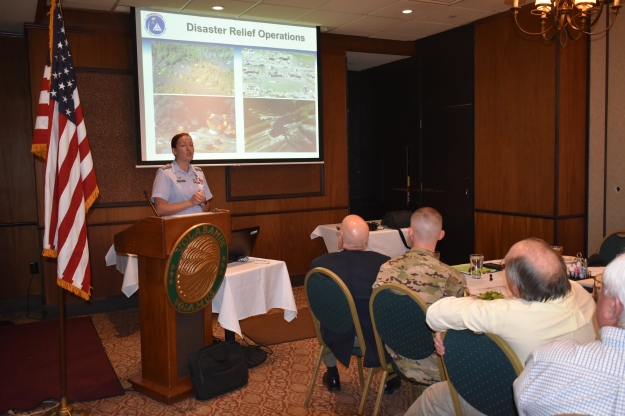 Here the CAP Commander explains the role of the CAP in disaster Relief Operations, noting her own squadron’s heavy involvement in Hurricane Harvey, which struck East Texas, in particular, the Houston area.

In this slide the Major explains that the CAP mission also includes other roles in addition to Search and Rescue and Disater Relief . . . pointing out that her squadron plays an important role in Border and National Air Space Security.

Here Natalie describes the numerouis mission qualifications in which CAP members work throughout the Squadrons. 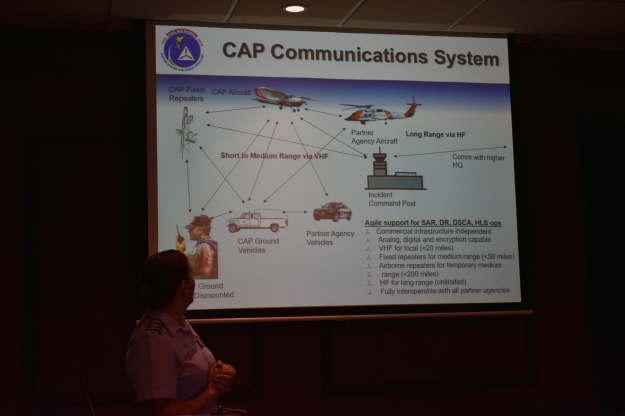 And here she shows the Daedalians and their guests how the CAP stays in constant radio contact with its mission personnel and aircraft during operations . . .

Major Franc sums up her presentation and takes questions from the audience . . .

L to R: Major Franc and Flight Captain Roger Nichols study one of the slides shown during the presentation. 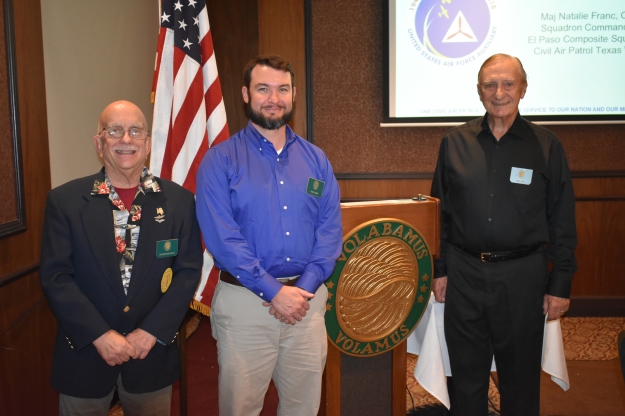